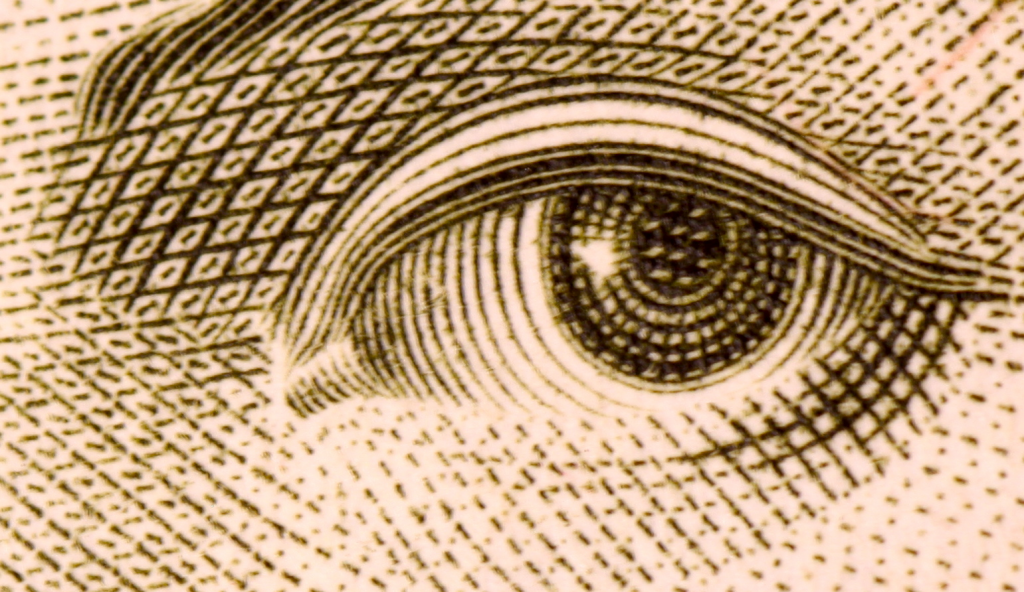 Poverty cripples societal advancement. When prevalent in the richest nation in the world, it becomes mindboggling. Why are so many individuals struggling under the weight of poverty in America? Why is nearly 1 in every 4 children considered impoverished in this land of Race to the Top? Are we racing to the top of the wrong metric?

My hat goes off to the many families who are pushing their children to aim higher than the constraints of their impoverished surroundings. As members in a society, we share their challenges too, even if we turn a blind eye. 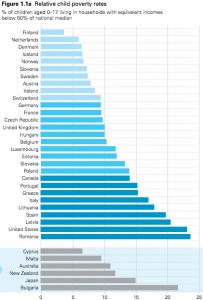 In a post titled, “Map: How 35 Countries Compare on Child Poverty,” the Washington Post reports, “A new report by the United Nations Children’s Fund, on the well-being of children in 35 developed nations, turned up some alarming statistics about child poverty. More than one in five American children fall below a relative poverty line.” Out of the 35 countries examined, America ranked 34th.

Because of such huge gaps between developed countries’ internal economies, UNICEF instead measures how much poorer children are from their country’s national average.

Again, from the Post, “The picture (in the U.S.) looks even worse when you examine just how far below the relative poverty line these children tend to fall.”

What are we doing, America? And what should we be doing more of?

Eric Jensons, “Teaching with Poverty in Mind” provides insight into the weight of these children’s challenges. He highlights four major risk factors that, because of economic hardship, burden the developing child and hamper student achievement.

A = Acute and Chronic Stress

This may explain why many of our students coming from lower socioeconomic backgrounds experience difficulties performing in their classrooms. Unfortunately the direction educational policy is headed (as well meaning as it may be) is unjust, unequal, and unapologetic for learners outside of more affluent communities. If a student doesn’t make the mark, they are tracked to remediation or retention in attempts to correct their academic deficits rather than build on their strengths!

Show me a dropout who complained about not getting tested enough, and I’ll show a dropout that never dropped out. The truth is, how often do we hear about students dropping out because they felt the system spent too little time focused on their deficits? How many were exasperated with the focus on their strengths? Is this “leave no deficits behind” approach really attending to their needs and cultivating their interests? Clearly not.

However, while schools, school systems, and educational policy makers can play a role in transforming practices to meet the needs of these learners, we as a larger society have a role to play as well. We, the people, need to stand up to demand that the promissory note that MLK, Jr. referred to way back in ‘63 be delivered upon, because it is clear that we are, as a nation, are still defaulting on that promise.

Again, from the Post: “The poor U.S. showing in this data may reflect growing income inequality. According to one metric of inequality, a statistical measurement called the gini coefficient, the U.S. economy is one of the most unequal in the developed world.”

(What would MLK have to say about that, I wonder?)

Until such time that we fully, tactically and strategically engage in the war on poverty, we must focus where we can — on the students, children, and learners in our charge. Their voice, their dreams, their empowerment must be our first and foremost goal.  But how?

The 2007 Dispelling the Myth Award winners, Osmond A. Church P.S./M.S. 124 K-8 School, have done a remarkable job in breaking down those barriers.  Recognized for significantly raising students academic achievement, their dedication to these young minds is reflected in their success. With an enrollment total of about 1,227 students; 97% are low-income, 33% African American, 44% Asian and 21% are Hispanic, educators were able to provoke a lasting change. What once had dismissed this school, because of their high achievers awarded them much acclaim. Perhaps this school’s mission is responsible for their turnaround; “to inculcate all members of the school community with an understanding and acceptance of diversity, fostering individuality and creativity, where high expectations are the norm for all students.”

Yet we know a well crafted mission isn’t enough. Without the leadership and vision to pursue it relentlessly, such a mission is an empty platitude rather than a way out of poverty. If we want to actualize the talking point that education is a pathway out of poverty we must focus on four things:

And even these offer no guarantees without a larger effort to break the status quo of inequality. And judging by where we fall in a comparison of developed nations, our leaders seem abysmally disinterested in racing to the top of that metric.

So, for now, education offers our best hope for affecting change and breaking the predictive cycle of race, class, and gender on educational outcomes. So, bring along your copy of Jenson’s work and lets get to work.