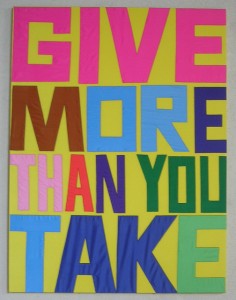 Below is a guest post by Nia Robinson, a 15-year old student and change agent. She has started a campaign to raise money for All Kinds of Minds. Here is her motivation.

For most people, the holidays have became a time of receiving gifts. To challenge this concept, I decided to do something I have wanted to do for a while. I asked for donations rather than gifts this year.

I plan to donate it to a charity. Being that education is one of the most important things in my life, I looked for organizations geared toward learning. All Kinds of Minds is an organization that represents what I believe in. I thought it was the best idea to give to others who give to others. The individuals I have spoken with involved with at the QED Foundation and All Kinds of Minds have been more than kind.

People who are passionate about what they do motivate me to do more and create change in the world.

Well, over the past few years I’ve noticed that people are more willing to take than give. This goes with everything from the holidays to everyday life. I think our society has evolved due to more technology and inventions.

This is a good thing, but this change also changes the mindset of people. I think if everyone saw more people giving, they would have more of a push to give. Also, if children had role models that taught them this and demonstrated it we could change this trend.

Giving could be as simple as saying thank you to people who have helped you throughout life. It could also be as large as philanthropy of large sums. I just believe there should be more done to give, and instead of taking, we should receive. With giving, comes receiving. Then the endless cycle of giving will begin.